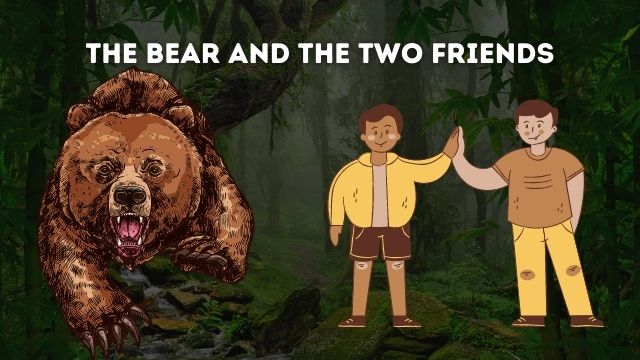 Two friends were going somewhere through a dense forest. Both were very close friends and both were going on talking about their friendship. The forest was very dense, so one of them was scared, but his fellow friend said there is no need for you to be afraid of me. I am your true and good friend. In the meantime, he saw a very big bear from the front. The friend who was saying that I am a good friend, he ran away after seeing the bear. The other friend kept saying don't run away leaving me, but he climbed a tree while running.

Seeing this his friend got even more scared, because he did not know how to climb a tree. In this, the bear had come even closer. When he started coming very close, the other friend had no choice and he lay down there on the ground with his eyes closed. The friend climbing the tree was watching this whole scene and he started thinking that like this he would die. In the meantime, the bear came close to the friend lying down and started looking at him, smelled him, and went ahead after thoroughly inspecting his body. 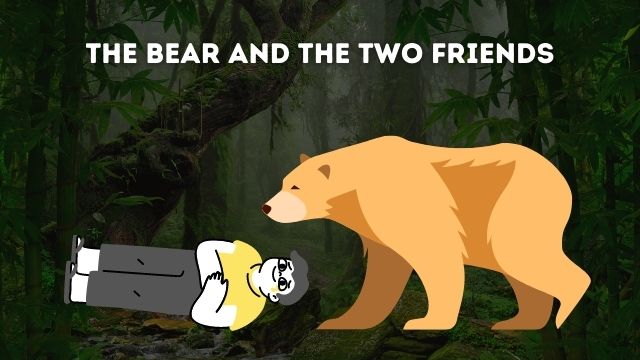 The friend lying on the ground heaved a sigh of relief and he started thinking that it was good that I had held my breath because the bear does not eat the dead and that bear went ahead knowing me to be dead.

The friend who climbed the tree was very surprised. After the bear left, he got down and asked his friend what he had done and what the bear was saying in his ear. The friend pretending to be dead said that the bear said in my ear that only good friends are recognized in bad times, so never be with such friends, who after seeing bad times leave you alone and run away. But don't work. It did not take long to understand the other friend and then both of them moved forward.

A friend in need is a friend indeed

Friendship should always be tested, a friend is the one who sees a friend in trouble and helps him and helps him to move forward. friends are more than brothers so thank you for read The Bear and The Two Friends story.

Tags: Moral Stories for Kids Motivational Story Story for Kids The Bear and The Two Friends
Previous Post Next Post